…where the jobs come looking for you, not the other way round.

In his lab in the Faculty of Agriculture, Life and Environmental Sciences at UAlberta, Paul Stothard and his students pore over their computers and monitors. Stothard is a bioinformatician; that is, he uses computers and software to analyze DNA and protein sequences and to connect them to traits of interest or mutations that could have beneficial effects. 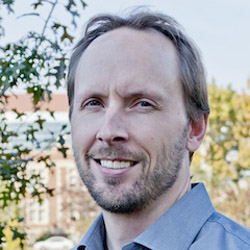 Typically, bioinformatics “starts” after somebody has generated enormous amounts of ACGT letters (the sequence), recorded them in a giant text file, and handed the file over. Stothard then has to manage these huge datasets so that the data are stored safely yet accessible to others in an organized way.

To do this, Stothard relies on powerful computing resources. The innocuous-looking screens and computers in the lab are just the interface that connects to a remote hive of computer clusters that have tens of thousands of processors and thousands of terabytes of storage. Then there’s the software…. Stothard and his team do a lot of computer programming.

“A lab might get a new device for measuring gene expression that produces different data,” he explains. “We simply can’t rely on—or wait for—commercial software packages to follow so we create our own. We publish the code, and it becomes open source for others to build on.”

And that, as they say, is where it all began. Stothard’s background is in molecular genetics. It’s as he was working in the lab, studying how an embryo nematode decides to develop into a male or female, that he realized the tools were inadequate.

“I started writing my own software. I enjoyed it, and people started asking if they could use it, too. I decided to do a post-doc in David Wishart’s lab in Computing Science, where I could really focus on that.”

Bioinformatics is one of the fastest-evolving fields around. One exciting direction it is taking relates to how DNA is sequenced. Currently, when the sequences arrive from the lab, the data are in billions of small pieces of about 300 nucleotides (the letters) long. Stothard and his team have to stitch them back together into whole chromosomes. It’s not that much fun.

“Thank goodness ultra-long read technologies are on the horizon,” he says. “We may one day get entire chromosomes as single reads. We’ll be able to catch differences between individuals that we can’t see now because of the breaks.”

As well, the cost of sequencing will continue to fall so that, in a few years, hundreds of thousands of individual people, cattle, pigs, plants can be sequenced. That will provide more enormous datasets to work from.

In practical terms, any trait that can be improved through breeding can be addressed using bioinformatics. Essentially it leads to faster genetic improvement and can lead to new diagnostics. Stothard and his team are working on a variety of projects. One is a mutation in Dalmatians and Bedlington terriers that causes copper toxicosis. Finding the mutation could lead to a DNA test, and breeders would know which dogs to avoid breeding. A similar test would have been extremely useful in the last 20 years when hip dysplasia was accidentally bred into German shepherd dogs. Everybody is familiar with those consequences. 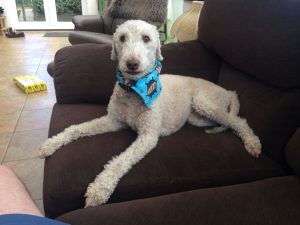 In livestock, bioinformatics can help identify which animals are more feed-efficient than others, more disease-resistant or even the breed history. All lead to higher profit margins for producers. Disease-resistance also has implications for better animal welfare.

“If anybody is interested in a career in bioinformatics, now is the time,” says Stothard. “Research groups are drowning in data. They have a real need for people who can manage and analyze large DNA sequence datasets. And industry as well. My students have gone on to work in companies developing drugs, tools for animal breeding and even for software companies. There are openings from the Master’s to the post-doc level. As long as the candidate can demonstrate computer programming skills (not necessarily a degree).”

His own team is stretched to capacity. “I have way more projects than time to do them,” he says.

In the fairly near future Stothard will be looking to hire another bioinformatician for his team who can provide assistance to multiple researchers and isn’t tied to any given project. One of the first places he’ll look is: https://bioinformatics.ca/job-postings/. If this is a career that might interest you, it’s a good place to start.

…For some, you have to put your rubber boots and hat on.

This point was driven home in July as the Gentec team once again stepped into the pasture to organize two field days: this time, however, in collaboration with the Foothills Forage and Grazing Association, whose geographic area spans much of south-western Alberta.

The theme for the events was the ongoing interactions and efficiencies that can be achieved by managing the forages, the cow herd—and the interaction between the two. And as is always the case at these events, participants picked up many unanticipated practical nuggets as part of the official agenda or over coffee between sessions as well as the expected information on the application of new technologies and / or the novel application of existing technologies.

The first event began at the Waldron Ranch Grazing Cooperative near Longview where our host and Ranch Manager, Mike Roberts, provided a historical perspective of the ranch and its aim of maintaining the traditional grasses that hold much of their nutritional value throughout the winter. The most significant message was that preventing fire and grazing are not natural, economical or sustainable. On the contrary, they result in reduced soil health, less nutritious feed for the cattle, and reduced grassland efficiency for carbon sequestration. Ed Bork of the University of Alberta’s Rangeland Research Institute expands on that theme here.

Other practical nuggets included details on how introducing a sheep herd turned a $15,000/yr bill to control leafy spurge into a separate profit-centre for the ranch as well as the Waldron’s transition away from wood fenceposts and barbed wire to synthetic posts that don’t decompose (or burn) and two-strand electric fence. This option is less expensive, lasts longer, and is much easier for wildlife to figure out… which is also much easier on the fence! 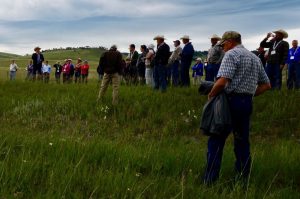 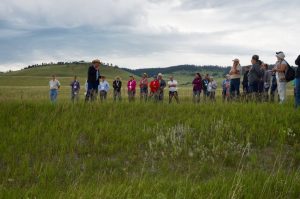 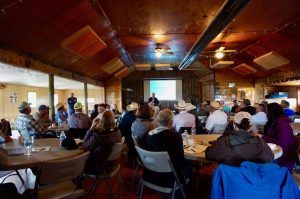 For the second event, Gentec headed north to the Didsbury area to sessions hosted by Sean and Holly LaBrie (Difficulty Ranch) and Morrie and Debbie Goetjen (Whiskey Ridge Cattle). Both operations talked of the challenges involved in raising cattle in hot, dry summers and cold, snowy winters leading to heavy reliance on cell, swath and bale grazing.

Their practical experience with respect to the cow-herd mirrors the increasing empirical evidence that is part of the EnVigour HXTM project… that fertility is the most important factor influencing the viability of the cow herd by a wide margin, and that significant benefits can accrue by managing hybrid vigour with the herd. Alberta Agriculture and Forestry’s John Basarab and Gentec’s own Graham Plastow expanded on the benefits (and the $$ numbers) of hybrid vigour in greater detail on both days.

Barry Irving came out of retirement to challenge us to rethink some of the things we think we know for sure but evidence says otherwise. For example, producers commonly believe that cows won’t eat shrubs—or will eat shrubs under duress but won’t gain weight.

Using the results of a number of research projects, Barry showed that cattle will browse shrubs (aspen and others) by choice, that they can gain weight by doing so, and that knowing this gives the producer an additional option in managing how they feed their cattle (and the feed composition of their forage plots by limiting shrub propogation) by varying grazing intensity and stocking rates. Barry specifically declined to speculate on the degree of enjoyment experienced by the cattle in the shrub study!

Perhaps reflecting/reinforcing the age-old power of toys on boys, Thompson Rivers University’s John Church’s presentation on the ability of drones to manage, monitor, and track animals from kilometres away through dense bush, day and night—and read individual ear tags from a height of 70+ metres—had ranchers dreaming of flying above the trees. More on that in an upcoming newsletter. 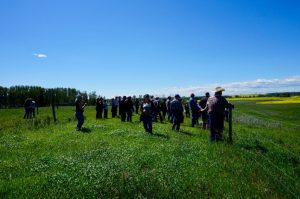 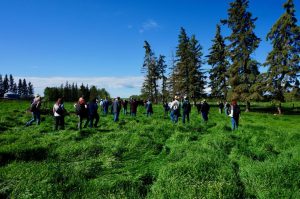 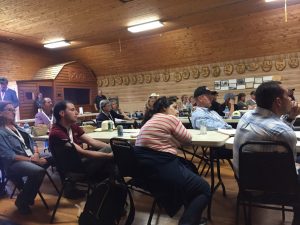 Most importantly… Thank You to the members and Executive of the Foothills Forage & Grazing Association, The Waldron Ranch Grazing Cooperative, and the LaBrie and Goetjen families for inviting Gentec to see and hear the challenges and opportunities that keep our province’s producers awake at night. Knowing the right questions to ask/answer produces better science from the researchers and better application from those who deliver the food to our plates.