Most groups that produce breeding values, genomically-enhanced or not, assume they work in practice but this isn’t always true. Results depend on the reference population being used. For example, purebred associations use databases of mostly purebred animals—but those reference populations are used mostly to produce commercial crossbred replacement or feeder cattle. Those databases don’t contain many crossbred animals.

“Gentec is different in that we built our database from crossbred animals in Western Canada,” says John Basarab, Gentec’s Head of Beef Operations. “So, our MBVs are exactly for the animals that are going to be the end product.”

The MBVs are created from a training database; then independently evaluated from another database of 2,268 commercial cattle that is kept aside for that purpose. Now, Gentec has MBVs for multiple traits, such as post-weaning growth, body weight, feed intake and feed efficiency, and carcass weight, yield grade, grade fat thickness, ribeye area, marbling, and lean meat yield. In short, the MBVs validate very well. 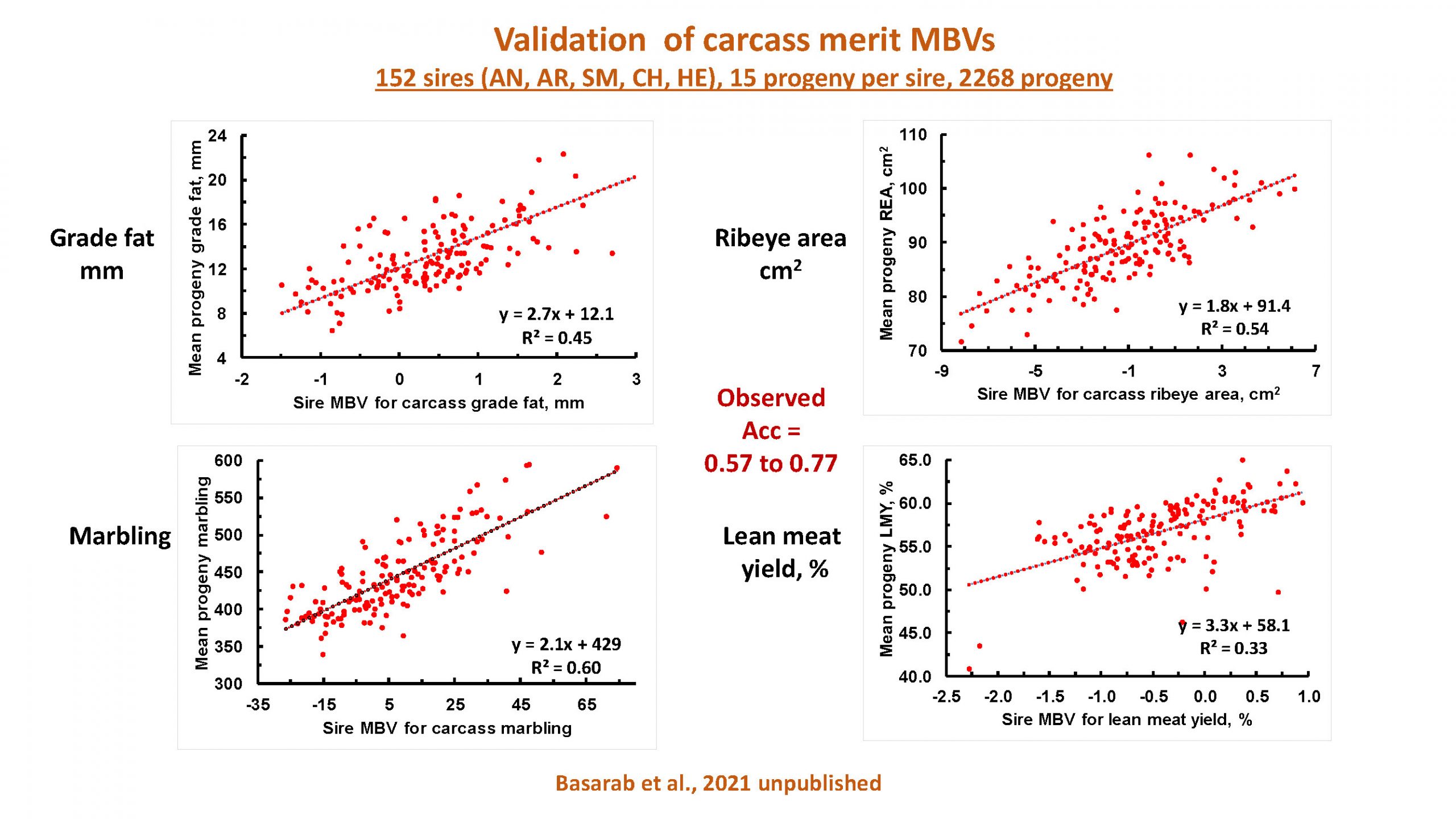 “But you don’t just pick one trait when you’re selecting bulls and replacement heifers for breeding,” Basarab points out. “You put all the traits you want—hopefully, the most economically-important ones!—together in a multitrait selection index. Gentec has produced two of these indexes: a Feeder Profit Index and a Replacement Heifer Profit Index for selecting heifers that are fertile, live a long time in the herd, and produce a calf every year (hybrid vigour).” 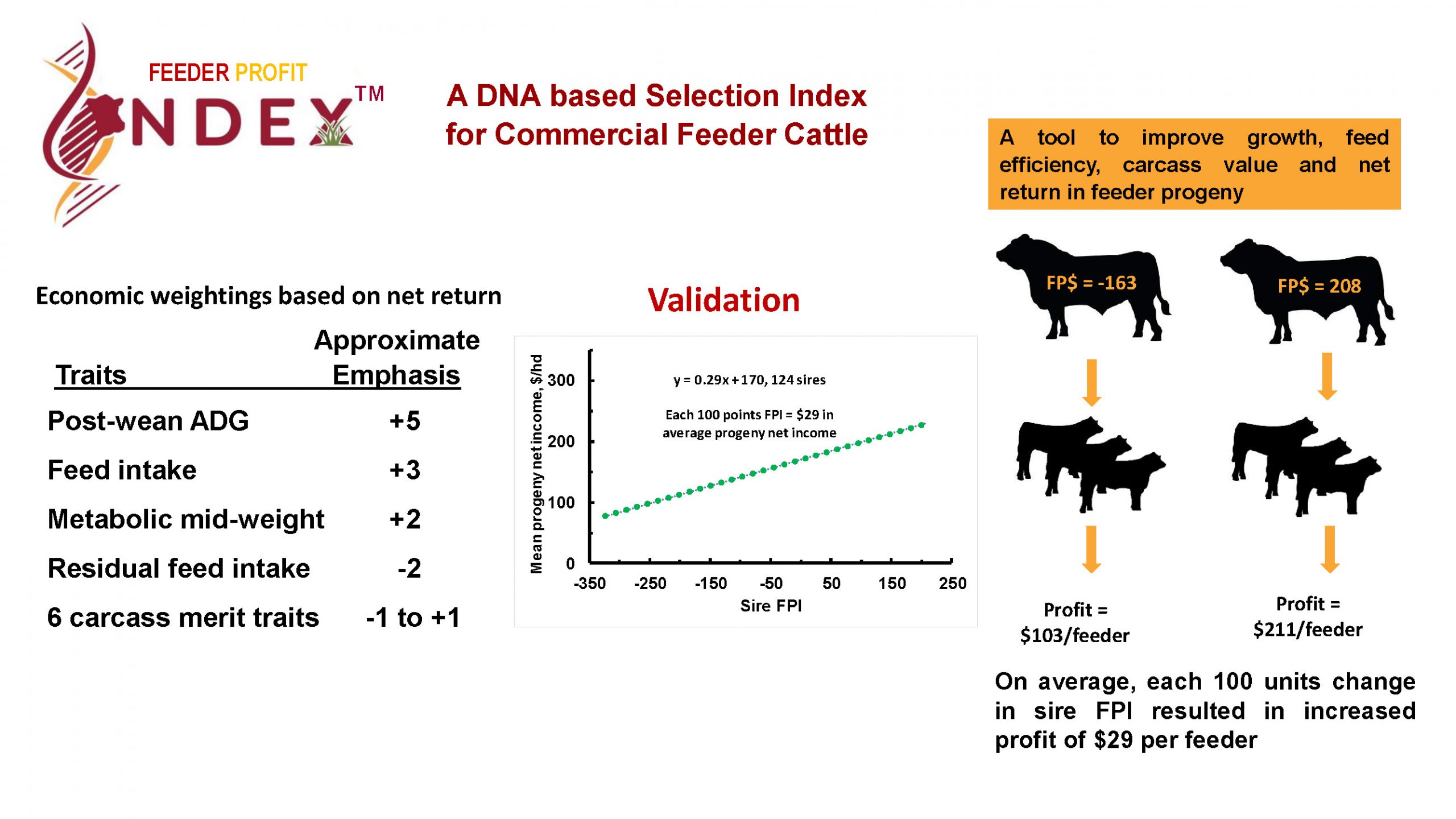 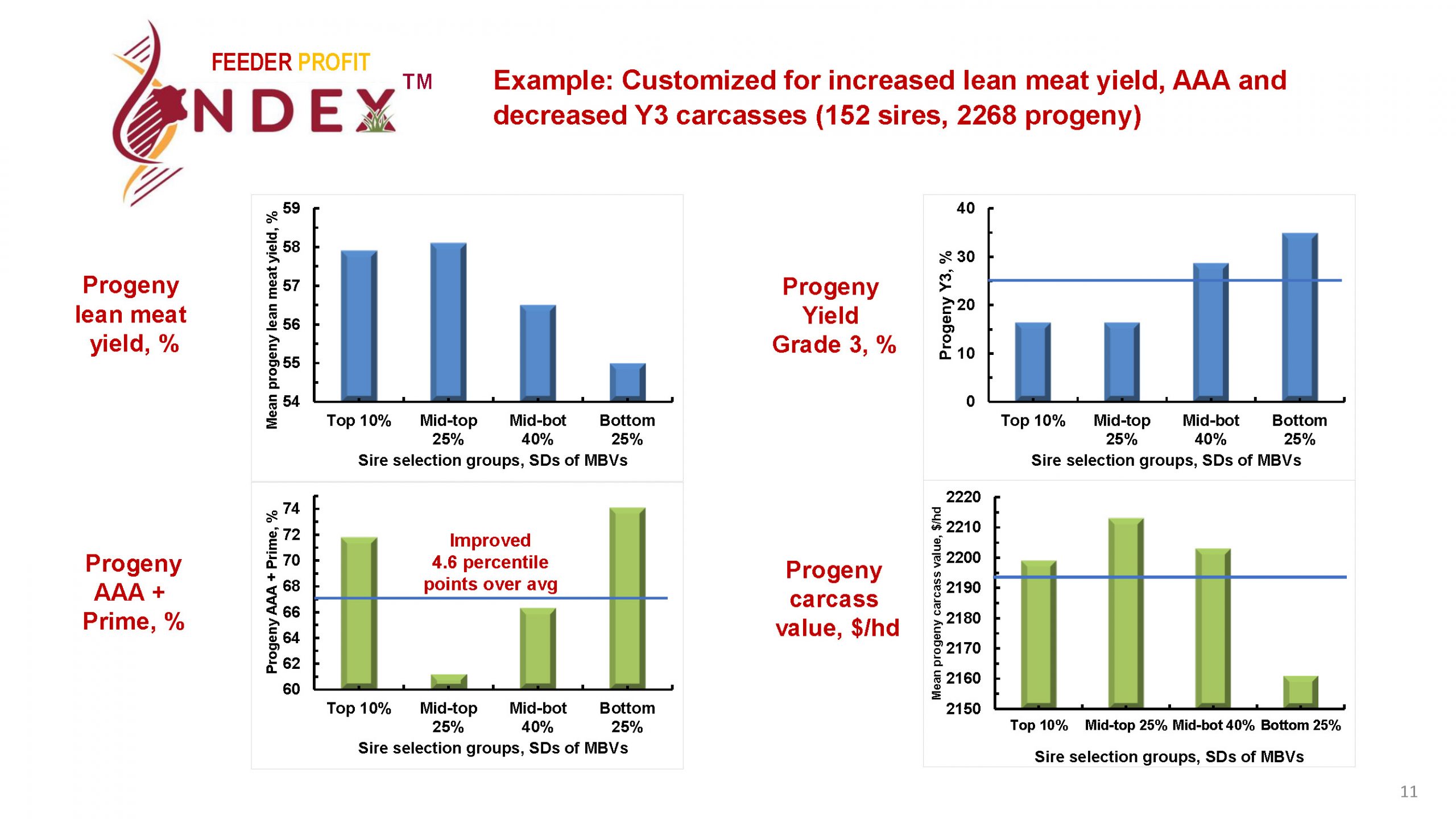 But… from the producer’s point of view, if you’re using DNA technology, you also have to buy DNA testing. That’s a hair sample from each animal that gets genotyped. The cost, about $35/sample, is manageable on a small scale. If you have 1,000 head, $35,000 is a big investment.

“We’re looking at DNA pooling to bring down the cost by about 90%,” says Basarab. “That’s a low-cost way of improving the hybrid vigour of the herd. Hybrid vigour is highly related to fertility, longevity, health resilience, and a lower carbon footprint—all highly desirable.”

So how does that work? At the lab, 50 hair samples are pooled into one big sample, which gets tested. The one genotype reveals the breed composition of the pool and its average hybrid vigour. A low score shows that only a few breeds are being used, hybrid vigour is low, and the producer would do well to introduce a new breed. At this level, producers can dip their toe into genotyping at a low cost and find out some interesting characteristics of their herd. For example, if two sires were in the mating group, you can know if one has been busier than the other, and then start matching group-level characteristics with pregnancy rate, calving rate or age at first calving.

“We think all three tools are going to be extremely useful for producers,” concludes Basarab. “Already, we have large-scale producers interested in the DNA pooling, and we have a project approved by RDAR. In fact, it was those large-scale producers who pressured us to research this area because the investment was too much. So, instead of $35,000… how does a few thousand sound?”

John Basarab, Gentec’s Head of Beef Operations, will be presenting on these tools at AgSmart Olds on August 10-11. Register for the conference here.