Skip to content
Academic > Can enriching the lives of pigs improve their health? 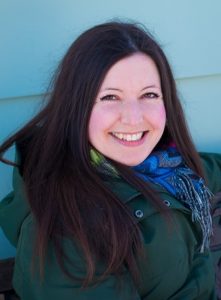 Yolande Seddon became fascinated in the alteration of behaviour through genes and that some behaviour is “hard-wired” while studying animal behaviour and welfare as an undergraduate student in the UK. For her Master’s, she began to focus on pigs, investigating the effects of long-distance transport.

“I was amazed by how many factors there are to consider—and this is just one aspect of one industry in a much larger sector,” she says. “I decided to specialize to help make real improvements.”

Today, Seddon’s mandate is to improve pig welfare in current production systems, with a particular interest in fully-slatted systems. She admits that a number of welfare improvements could be made by moving away from slatted systems but the reality of sustainable production and affordable meat ensure their survival. She was recently awarded nearly $2 million from NSERC, USask and industry for a 5-year program to explore, among other things, how enriched environments and positive welfare can influence health and resilience to disease (see media coverage here and here).

Good pig welfare concerns how the animal is feeling and copes with its environment. So, good physical and mental health, no fear, not in want of anything, and able to respond effectively to challenges. In Canada, we want good well-being and good production to be efficient. However, if pigs fail to cope with challenges, chronic stress can develop, which can influence susceptibility to disease

“Generally, producers are aware of the link between welfare and meat quality. The challenges come when we look at behavioural needs,” says Seddon. “Animals are driven to perform some behaviours even when domesticated. When a sow is about to farrow, for example, she still wants to build a nest. However, space is at a premium, and bedding isn’t often used for hygiene reasons, so the sow’s ability to express nest building behaviour fully can be reduced.”

On entering the nursery, 50% of pens will serve as controls and 50% will receive an enrichment routine that will continue as they enter the disease challenge, recover and exit the finisher. Individuals and pens will be compared for susceptibility to disease, immune response and genetic expression.

Every two days, the pigs will be exposed to new objects that have properties known to be attractive and can be destroyed, manipulated and chewed—but not eaten (pigs like to eat their enrichment). Examples include cotton ropes for chewing, rubber mats and jute sacks for rooting, Porcichew hanging enrichment, a sheet of tarpaulin for group interaction, and rubber hoses. To help the novelty (don’t forget—pigs are pretty smart!), items are removed and rotated so they won’t see them again for another two weeks.

A study in the Netherlands showed that enrichment increases resistance to disease. In this study, pigs had more space, comingling, shavings, branches and peat moss. After a challenge with PRRS virus and Actinobacillus pleuropneumoniae (APP), the pigs with enrichment cleared the PRRS virus sooner and only 7% had APP lung lesions vs 57% of pigs in the barren environment.

However, because the pigs may have been eating their enrichment, the effect on the microbiome is unknown. Seddon’s project will help break that down by identifying whether non-edible enrichment that brings novelty to the pens and offers pigs an opportunity to investigate can influence disease resistance.

So what does enrichment cost?

“The cost/benefit needs to be identified,” says Seddon. “But, a specific enrichment routine could be targeted at a specific time of production to enhance immune response. Or, if you’re building a new barn, you might invest in an overhead rail to automate enrichment rotation. You can buy purpose-built systems for that. But if production quality is important, you just make it happen.”