There are plains bison and wood bison. Can you tell the difference?

Delta Genomics is developing a test that will tell whether bison are wood, plains or hybrid. The difference is important to conservation and production efforts.

Wood bison are part of Canada’s iconic charismatic megafauna, along with polar bears, caribou, moose and others. With only about 10,000 of them remaining (based on visual inspection of wild herds), the Committee on the Status of Endangered Wildlife in Canada has listed the species as having Special Concern. Plains bison, on the other hand, are quite plentiful. If you can’t tell the difference in these images, you’re not alone. So how do we know which to preserve?

CanSeq150’s goal is for the new genomes to serve as a foundation for biological research projects throughout the country. This initiative brought the beaver genome to Canada’s 150th birthday party, and has since sequenced the Canadian predator-prey duo, the snowshoe hare and lynx in 2017. The project still has an active call out for suggested species.

“We wanted to get the wood bison sequences for a few reasons,” says Michelle. “As part of an on-going project between Delta and the Canadian Bison Association, we are working to better understand the genetics of bison.”

Back in the 1920s, 6,000 plains bison were introduced into Wood Buffalo National Park in Northern Alberta, home to some of the last free-roaming wood bison herds. Yes, the bison interbred. No, there’s no good test to determine if an animal is wood, plains or hybrid. There’s even some debate as to whether they are genetically different. This is one of the questions Delta Genomics is hoping to answer. And for that, it needs lots of bison to sequence. The CanSeq150 project arrived at the perfect time.

The Canadian Bison Association has a two-pronged, synergistic mandate: conservation and production. The project with Delta involves developing the first genomics tools for the industry, which is something it doesn’t have access to yet. Genomics will benefit bison producers and conservationists by improving our ability to differentiate between wood and plains bison. There are three issues to address/answer: 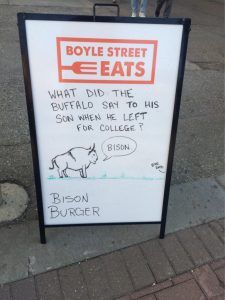 “So we’d know how many pure wood bison there really are, from the conservation point of view,” says Michelle. “And on the production side, the knowledge will help producers in the same way that beef breeders maintain parental lines of Angus, Simmental, etc. Bison breeders are the same way. So producers need to know that, as well.”

But back to our original question. At Gentec, we’re not the type to leave you dangling. Here are the answers you’re looking for. 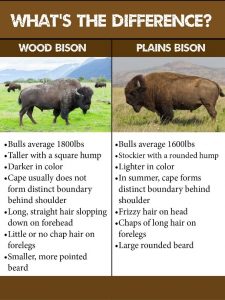